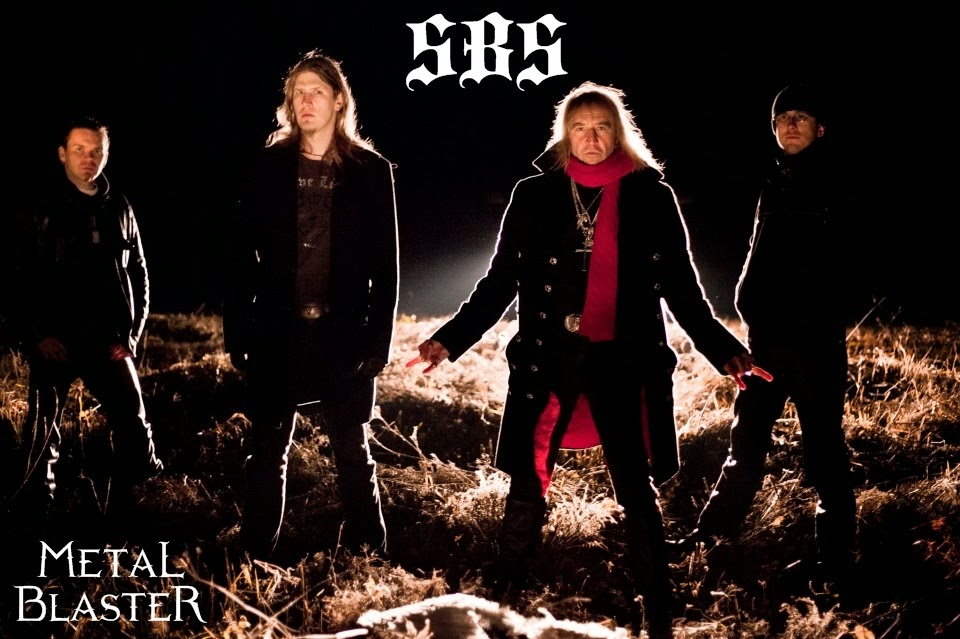 SPICY BITS OF SCANDAL, also known as SBS, history begins in the year 1979, when two guys from Vilnius decided to form a rock band.

In the year 1988 SBS was famous enough to play not only on the Lithuania’s stages but also abroad: in the international festivals in Latvia and after a year in Poland and etc.

1991 was a significant year for the band: virtuoso guitarist Tomas Varnagiris, and the best Lithuanian hard rock vocalist Vitalis Kairiūkštis joined, and the band was on stage again having gigs in the main Lithuania’s cities.

Although after this record the activity of the band was slower because of the economic situation in Lithuania, the band in year 1999 had a big gig in Vilnius “Karolina” club to celebrate the 20th anniversary of SBS.
After a five years pause, in 2005 the band was ready to rock again. This time – specially for the international Lithuanian festival - „Rock Nights – 2005“.The show of SBS was so successful that after the festival the band was choosen to open for ROYAL HUNT in their concert in Vilnius (October 21th 2005), sadly the show was canceled.

But this year was lucky enough: heavy metal monsters JUDAS PRIEST choosed SBS to open for them in their concert in Vilnius (December 3rd 2005.). This show was recorded and in the begining of 2006, released as a double CD „Gimęs laimėti (Born to win)“, including five brand new songs (one of them - „Žaidėjas“ (The Gambler) became a mega-hit) and the concert from „Rock Nights – 2005“ festival in DVD, which was filmed by Lithuania’s National TV. In “Rock Nights – 2006” festival almost everyone waited for SBS and the show sharing the stage with John Lawton (ex vocalist of Uriah Heep and Lucifer’s friend) was a success again.
In April 2007 SBS released their next album „Tik mėnulio šviesa... (Only moonlight...)“, which was well evaluated by the biggest German webzine „HardHarderHeavy“. The new release got 6 out of 7 and in the REVIEW TOP 15 with 342 votes stood in the second place, after MANOWAR, but was outrunned by PINK CREAM 69 and SAXON.

In 2008 SBS presented their 3rd album “The Gambler”. This album was highly rated by the international media. “Metal to infinity” gave 84 out of 100, “HardHarderHeavy” – 6,5 out of 7 and hailed the band with the phrase “SBS, Europe awaits you !!!”.., “Metal Express Radio” – 8,5 out of 10, “Metal Observer” - 8,5 out of 10 points. Webzine “Progressive rock and progressive metal” nominated “The Gambler” to a “album of the month” award.
At the moment the band ended their 4th album “Heaven can wait...” and is seeking for promotion and concerts worldwide. As the mastermind of SBS Vitalis Kairiūkštis proudly announces, this new album is „international“ – musicians from Italy – the Virtuoso keyboardist Maestro Mistheria (http://www.mistheria.com/home.cfm) - and Germany – Ferdy Doernberg (Axel Rudi Pell, Rough Silk and many many more, (http://www.ferdydoernberg.de/) did the great job with the keyboards. New album is compiled of 15 brand new songs.

“Heaven can wait...” was highly rated by international metal zines. Stormbringer gave 4,5 out of 5 (with musical redactor remark that he hasn’t heard anything better at the moment), Metal To Infinity - 83 out of 100, Metal Temple - 8out of 10, HardHarderHeavy - 6,5 out of 7.

One of the biggest SBS projects will be „Diagnosis: SBS“, a rock mystery with a symphonic orchestra that might become a big suprise to the music industry and all SBS fans worldwide.

SHADOWSIDE, was formed by singer Dani Nolden, Raphael Mattos on guitars and Fabio Buitvidas on drums and now with Magnus Rosén (ex-HAMMERFALL) on bass. Magnus was part of Hammerfall from 1997 to 2007, did several world tours and recorded several albums, being awarded golden records and a Grammy nomination with Hammerfall. He also recorded albums with Jorn Lande, Tony Martin (ex-Black Sabbath) and has just released his 10th solo album titled "The World Changes" with musicians who played with Hammerfall,Black Sabbath, ABBA, Yngwie Malmsteen and others.

Magnus Rosén sent a message to the fans: "I've been away from the metal stage for more than 8 years! Metal has a very nice energy that I miss and love, and I think SHADOWSIDE has just that kind of nice metal that fits m…
Baca lagi

SOFEA initially established by the late Syed Yusuf Jamalulail otherwise known as " Pak syed " with SYJ name in 1983 in Kampung Manjoi Ipoh, Perak . During the SYJ just playing weddings homes only. At that time, the original vocalist Amir SYJ'86 not he taken when vocalist audition for this group . Amir joined SYJ in 1985 . Pak Syed 's house when only a jamming studio . SYJ original singer has already retreated away from SYJ .

In 1986 , SYJ'86 has joined the Battle of the Bands competition organized by Ali Bakar . At that time, the manager is Syed Yusuf Jamalul…
Baca lagi