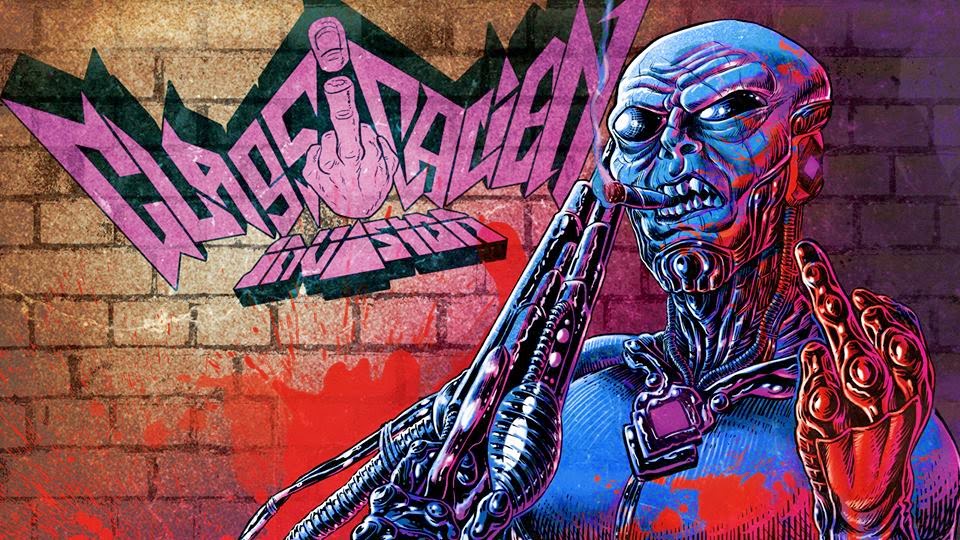 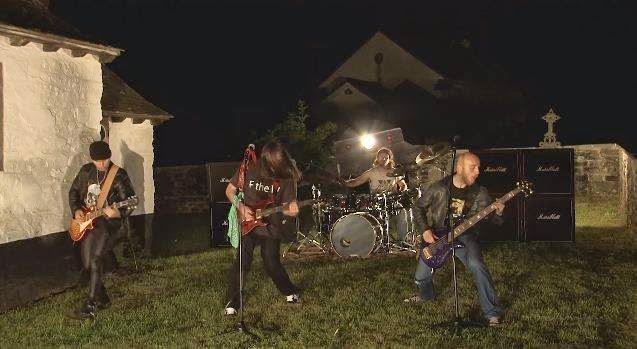 Classic Alien Invasion, one of the most promising metal newcomers of our universe.
Founded in early 2007 close to Achouffe by huge Thrash and Speed Metal enthusiasts John Harper and Tom Edwards.
Forged in the black holes of their youthful passions, they produce a metal music back to its roots, straight in your face
and far from the complex structures or lyrical stuff that a lot of bands propose today but keeping melodies.
Different tempos, aggressive riffs and sounds with guitars driving the music like a jam session coming from the belly
of Roswell. They left aside some production tools to create a fresh and expressive music.
At the end the result is a metal incident not suited for a fragile ear or an ear-fed of metal blockbusters. In some words,
the space from a garage.

In space...
no one can hear her scream...
but you will hear them rock!

Oleh Unknown November 07, 2013
SYJ band originally from the ` Ex - December ' which also established by Syed Yusof Jamalulail ( at that time he was a member of the traffic police in Ipoh ) . It changed to the name ` SYJ ' in 1978 . The original members ` SYJ ' 1978 consists of Halim ( guitar and keyboard) , Fat Man ( bass ) , Pak Su Nor (drums - later replaced by  Din Urko) and Hamidi ( Flute ) . Female singer Rohana Kassim . SOFEA initially established by the late Syed Yusuf Jamalulail otherwise known as " Pak syed " with SYJ name in 1983 in Kampung Manjoi Ipoh, Perak . During the SYJ just playing weddings homes only. At that time, the original vocalist Amir SYJ'86 not he taken when vocalist audition for this group . Amir joined SYJ in 1985 . Pak Syed 's house when only a jamming studio . SYJ original singer has already retreated away from SYJ . In 1986 , SYJ'86 has joined the Battle of the Bands competition organized by Ali Bakar . At that time, the manager is Syed Yusuf J
Baca lagi

Oleh Unknown Disember 19, 2013
Influenced by the Scandinavian bands HAWTHORN began in October 2004, in Curitiba - Paraná , in order to make a symphonic extreme metal , abusing melodies and vocals . After the release of THORNS AND BLOOD ( 2010), a CD that gets a viking and symphonic black , quite vocalizations , and have a good effect , including being thrown out of the country through the American label RECORDS sullen , and after a period with very shows, highlighting the show with ELUVEITIE in Sao Paulo and regional round METAL BATTLE in Curitiba , plus a few more shows in Brazil , the band begins to promote his second CD called DARK TALES , a much more brutal and symphonic CD its predecessor , the CD tells of battles and personal conflicts . Website -  http://www.hawthorn.com.br/ Bandcamp - http://www.hawthornband.bandcamp.com/
Baca lagi